Your Essential Guide To Going Social With Your PR

The rise of social media has dramatically altered the way businesses do public relations. The 24-hour news cycle and the always-on nature of social have changed how positive press coverage is garnered. But rather than being a hindrance, it can actually be a boon — when done right. To help you navigate the choppy seas of social PR, below is a handy guide that will surely steer you right. Read on to find out exactly what you need to know when going social with your PR. 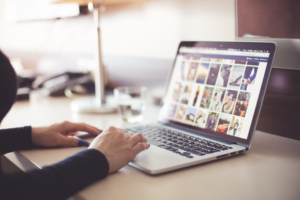 Use social to build relationships with journalists

Traditional PR involves firing off emails to dozens of journalists, going back and forth to build a positive relationship that will reflect positively back on your brand. But more and more, we are seeing relationships blossom not through email, but through social.

Indeed, many if not most reporters use their Twitter account as their primary point of contact with brands and sources, even going so far as requesting their work be credited with their handle rather than their name.

As social becomes ubiquitous, valuable journo connections will be spawned and nurtured over social platforms. This will let brands develop more powerful relationships by using a platform that is traditionally dominated by friends, rather than mere business connections
Takeaway tip
Follow relevant industry reporters on social and like, share, and comment on their articles. Engage with them on a social level rather than a purely transactional basis. Treating them as friends rather than opportunities will reward you further down the line.

Your press releases are a vital aspect of your public relations strategy, conveying important information to your network of connections. Consequently, it’s crucial that you craft your press releases so they are digestible and accessible.

So naturally, social media provides a perfect vessel for your press releases to be seen and shared. As well as making releases public on social, brands can also give them more impact by including other assets such as infographics and video to be shared further.
Takeaway tip
Include social share buttons on your press releases so journalists, clients, and customers alike can easily cascade your announcements across multiple channels.

And don’t forget to tailor your press releases for each platform too. Twitter’s character limit would suit an external link to your press release, while Instagram’s visual-centric platform might lend itself to image-focused messages.

Prepare for every eventuality

Murphy’s Law dictates that if it can happen, it will happen. Whether it’s a global incident or an embarrassing PR disaster for your business, there’s simply no predicting what will happen in the next 30 seconds.

But while we can’t predict the future, savvy PR teams can certainly prepare for it. When an event such as a terrorist incident or notable death occurs, check your scheduled social posts to make sure they do not inadvertently offend in this new context. You might also need to rewrite your posts to ensure the language and tone used reflect the reverence of the event too.
Takeaway tip
The only thing certain in life is death and taxes, so implement a failsafe plan when (not if) the unexpected happens.

PR fails can happen at any time, so ensure there are strict guidelines in place on how to deal with them. Social is your chance to avert a crisis rather than fixing it. Humility and sincerity are key to crisis management. Even if your usual brand tone is jovial and tongue-in-cheek, now is not the time.

In the past, positive brand coverage was sought by liaising with friendly journos. But as social media increasingly becomes a news source in its own right, PR teams must look beyond traditional journalists to curry favor.

Enter the social influencer.
Commanding a significant following online (and, as a result, significant public sway), influencers are a powerful asset for brands and PR teams. Their word is gospel with their audience, and when their audience overlaps with your customer base, it’s a ripe opportunity to accumulate some positive PR.

But where influencers particularly come into their own is their role in combating negative press coverage from mainstream news sources too.

For example, pet shops are businesses that often come under fire in the press for animal welfare reasons. Print and digital news publications report on stories of animal mistreatment, and it can be hard to fight against such coverage from within.

But to combat this, brands can reach out to social influencers from outside traditional news channels to generate positive coverage that isn’t bound to a party line. Influencers can be highly effective in turning the tide of negative public opinion, and it behooves you to cultivate relationships on both sides of the PR coin.
Takeaway tip
Look beyond traditional PR connections by building relationships with relevant social influencers in your field, outside of mainstream news sources.

Use a research tool such as EpicBeat to find out who your customers engage with most online. Reach out to them to create a quid pro quo relationship that will provide you with significant value in the social sphere.

Social media and public relations are inextricable, and brands cannot do one without the other. The tips above will help you form a solid foundation for your social public relations strategy that will net you positive coverage and powerful, long-lasting connections.


I geek out over all things marketing and am passionate about helping ecommerce entrepreneurs get the best out of their content strategies.

Our current intern session is full. Please check back to apply for next semester’s session.

Please feel free to contact us directly for more information.

Keep me in the loop!